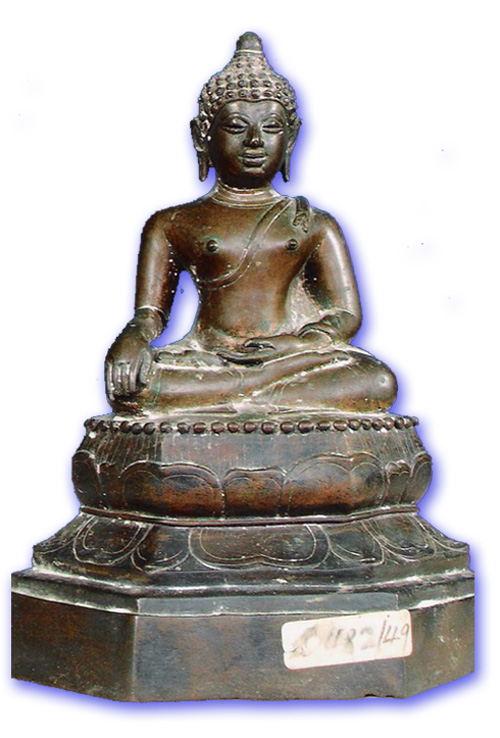 Run Singh Hneung – Recieved influence from the Bhala of India, the body is plump, and the head and topknot has the shape of a semi-opened lotus flower. The hair of the Buddha does not have strands, rather is rounded like a pile of clams. The face is not elongated, and more rounded. The eyebrows are curved and rounded, outward curved protruding nose, obtuse chin, and bulging chest. The Sangkati robe is shirt and hangs over the breast robes, making a swallow tail shaped contour. The Robe covers almost the whole chest. 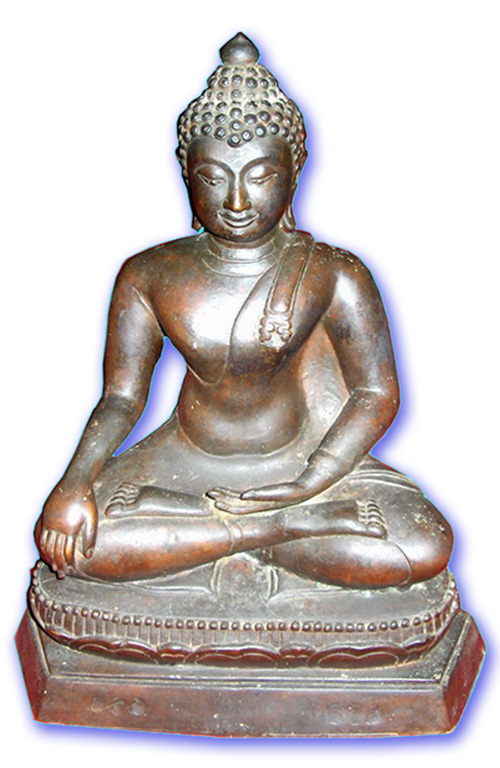 Run Singh Sorng – the second period is very similar in compositional elements to the first period, except the Buddha will be less plump. The Sangkati and Civara robe covers less of the torso of the Buddha, reaching only to cover the navel and stomach, but not the chest. The head and topknot is slightly rounder more like a closed lotus. 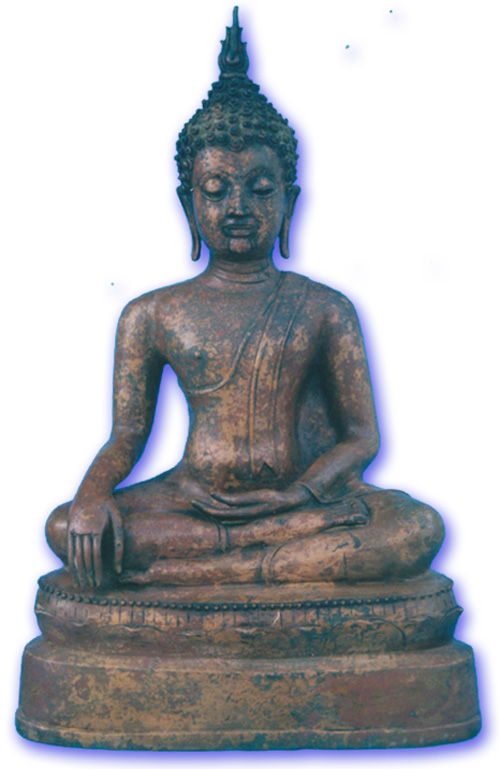 Run Singh Sarm – the third period changes much more from the original style, resembling much more the Sukhothai Periodic influence. The hairs of the head are more flamed and higher, much more detailed and see the hairlines between the hair and the forehead as fine lines. If a Bucha statue, then the lotus throne will be mostly double or at least with double interspersed petals (2 layered) and with outward curving lines on the lotus throne (protruding outwards away from the statue).

Chiang Saen Ancient Thai Buddhist Periodic Art and amulets are of immense Historic and Religious value, as well as Artistically being one of Thailands great Cultural Inheritances.