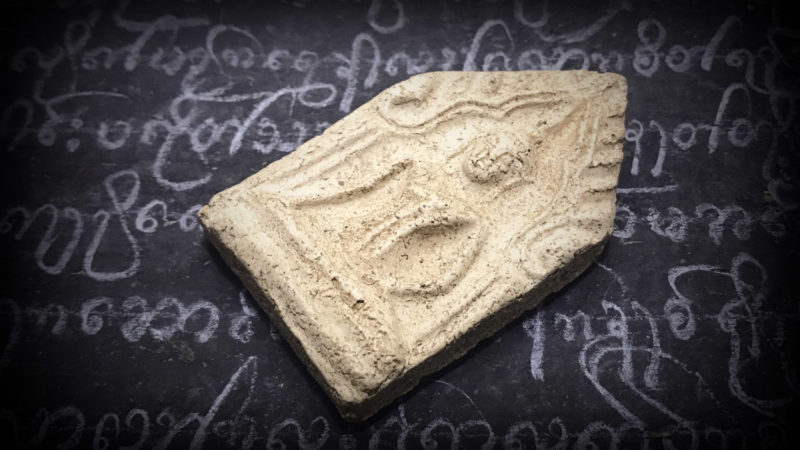 These amulets are compared to the Pra Somdej Wat Rakang of Somdej Dto Prohmrangsri , but are much more affordable in the current time. However, the Pra Kru Wat Tap Khaw series hiding place amulets are now becoming extremely rare, and have entered the Master-Class Pra Niyom Category. These amulets are yet another priceless possession of the devotee and collector of the Pra Dtragun Somdej Dto (Pantheon of amulets that are directly or indirectly associated with Somdej Dto in their making). 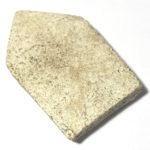 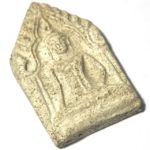 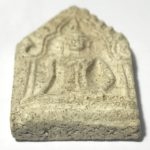 The Kru Wat Tap Khaw was discovered in 2480 by a Mr. Dteng (Surname not known), who found them whilst digging around the temple grounds. The Kru was found to have amulets buried which were made during three different Eras of History; The amulets of the second era found were from the early Ratanakosin period (somewhere around the time of King Rama 3), and are hence roughly of an age between 150 and 200 years old. This group of amulets were also made from Nuea Pong Puttakun, which have an almost identical appearance with the sacred clay of the Pra Somdej Wat Rakang Kositaram of Somdej Pra Puttajarn (Dto) Prohmrangsri.

Below; Gallery of  Close up Macro Images of the Features and Aspects of the Muan Sarn Clay of the Khun Phaen Kru Tap Khae amulet 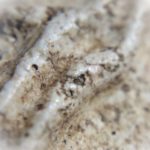 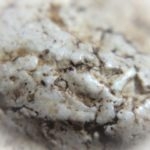 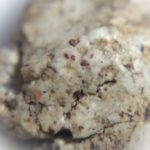 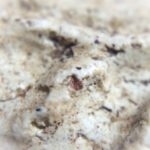 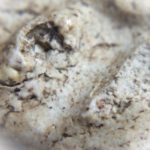 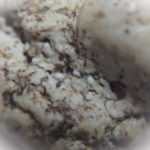 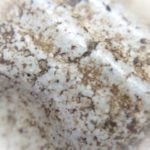 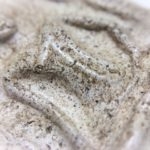 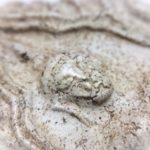 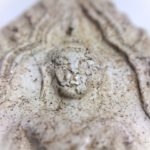 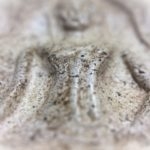 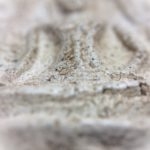 A very large number of different kinds of amulet designs were found in this batch, some in greater numbers than others. Amongst the many Pim found in this batch were the Pra Luang Por Dto, Pra Khun Phaen Ha Liam, Pra Khun Phaen Khai Pa Seek, Pra Sam, Pra Narai Song Pern, and Pra Ruang, which were all obviously made in reverence to the previous periods of Thai Buddhist Arts of History. When all aspects of these amulets are considered and the amulets themselves are examined in all their aspects, it is the common conclusion with experts that the Great Somdej Pra Puttajarn (Dto) Prohmrangsri of Wat Rakang Kositaram must have played a part in their making. Somdej Pra Puttajarn (Dto) Prohmrangsri is known to have hidden amulets in temples around the country, mostly in Central Thailand and in the North, and the amulets themself do not differ in ‘Nuea Ha’ (content), to the Pra Somdej Wat Rakang Kositaram. This makes the amulets of course a perfect reference study teacher model (Ongk Kroo) for training the eyes to recognise a true ancient Pra Somdej Wat Rakang Kositaram amulet. 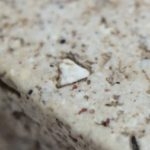 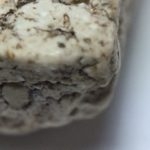 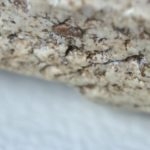 These amulets have also been found in the Kru hiding place of the Kru Pra Yern Luang Por Dto of Wat Intrawiharn (Wat Bang Khun Prohm) of Somdej Pra Puttajarn (Dto) Prohmrangsri, which strengthens the evidence that Somdej Pra Puttajarn (Dto) Prohmrangsriwas responsible for their making. Below is a video in HD with an unbiased narrative on the Kru Wat Tap Khaw amulets, given by Ajarn Spencer Littlewood

The amulets found in the Kru which came from the third era, were made and hidden during the time of King Rama 6, reaching up to the time of His Majesty Rama 9. This amulets of this batch were found in many forms and reminiscent or straight replicas of amulets of the great Masters of those times, such as the Pra Pim of Luang Por Ao, and Luang Phu Phueak, of Wat Ging Gaew. The Muan Sarn Sacred Powder clay of this third group of amulets, do not have the same agédness or appearance to its substance as the previous two batches mentioned, and have a much younger appearance in the features of the sacred clay. Some amulets even copied the Pim Song (models) found in the previous two eras of amulets found in the Kru, which causes suspicion about this third batch.

Because of the much younger age and appearance of this batch which was buried at a later era, and the replicas found in the batch, confusion arose, causing the whole Kru Wat Tap Khaw find to come under scrutiny and suspicion about their true age, and for quite a long time the amulets were overlooked, due to the fact that few people realised that the amulets of the two other eras were indeed much more ancient. The educated collector and student hence must have selectiveness when examining the amulets of the Kru Wat Tap Khaw, because of the three different batches found, which have similar Pim Song in all of them. An experienced collector should hence use his experience to estimate the age of the clay of the amulet to define which of the three batches/eras the amulet came from (especially between second and third eras).

One does not however need to have immense expertise to tell the difference, because the second era amulets (the ones assumed to be made by Somdej Pra Puttajarn (Dto) Prohmrangsri), have a much older appearance, and a much harder stone-like clay. In the case of the Kru Wat Tap Khaw amulets, one should place higher value on recognising the age of the clay, than recognising the Pim Song (design model), because the model is found in more than one era batch. In short, the designs were replicated in all batches, but the age of each amulet cannot be replicated, and is the definitive measure. The inner circle aficionados of this series of Hiding Place Amulets have various beliefs depending on which group of aficionados;
The main group assume that it was the Great Khrua Ta Saeng of Wat Mani Chonlakhant in Lopburi who made the first batch during the time or Rama the 3rd. Khrua Ta Saeng was the Kroo Ba Ajarn of the Great Somdej Pra Puttajarn (Dto) Prohmrangsri, who encountered him on Tudong forest wandering in the Ayuttaya region. This was during the time that Somdej Pra Puttajarn (Dto) Prohmrangsri went missing from Wat Rakang Kositaram and spent 15 Years in the forests around the Northern regions of Thailand and could not be found, and it was during this time that Somdej Dto received the Wicha Pra Somdej and other methods of making Sacred Powders from Khrua Ta Saeng, and Kata Akom for subduing Maras, Ghosts and Demonic Spirits.

Khrua Ta Saeng liked to make amulets in the ancient Sukhothai and Ayuttaya periodic styles of artistic interpretation. He would make many kinds of ancient amulets and hide them in Kru in temples around both Sukhothai and Ayuttaya Regions. One very famous and recognisable amulet of Khrua Ta Saeng is the Hlang Hoo Hai, which has two holes in the back face of the amulet. The first era batch of the Kru Wat Tap Khaw amulet find has also examples of Pra Luang Por Dto Hlang Hoo Hai, which is very rare and highly preferred. There is written documentation form Luang Phu Kam of Wat Amarint, who was a Gaeji Ajarn who lived at the same time as, and who was a close friend of Somdej Dto, that amulets had been made by these masters. It is written that Luang Phu Kam had asked Somdej Pra Puttajarn Dto to make some sacred powder amulets in the style and fashion that was known and popular to the people of Ayuttaya, Sukhothai and Lopburi.

The very same models (Pim Song) of amulet which were found in the Kru Wat Tap Khaw are mentioned in this documentation as having been made by Somdej Dto, and so there is little doubt remaining in the origins of the second era batch of the Kru Wat Tap Khaw.

The Kru Wat Tap Khaw first and second era batch amulets are most certainly the best remaining chance to own an original amulet of Somdej Pra Puttajarn (Dto) Prohmrangsri, as well as being a perfect study reference pice, as Ongk Kroo teacher for the study of the Muan Sarn clay of the Immortal Pra Somdej Wat Rakang Kositaram of Somdej Pra Puttajarn (Dto) Prohmrangsri, Wat Rakang Kositaram.