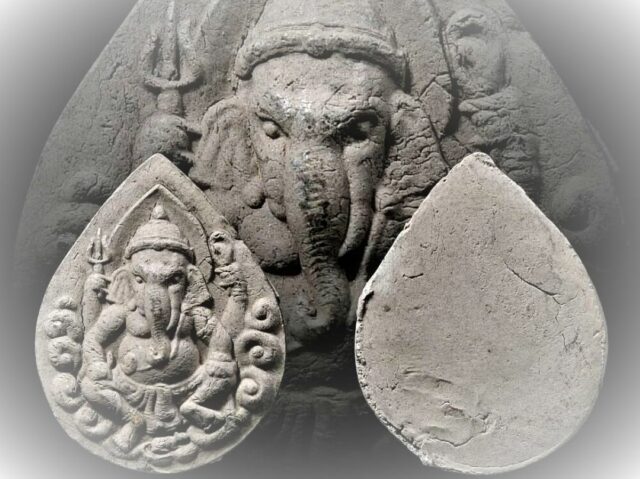 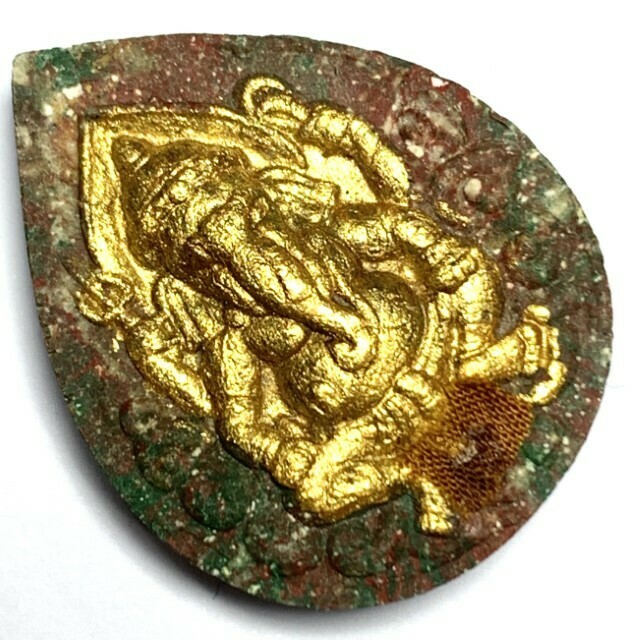 This series of amulets were made in 2542 BE, from extremely powerful admixture of Muan Sarn powders, with long empowerment sessions performed over a whole year by LP Hmun, in preparation for later release at the temple of Wat Sap Lam Yai in Lopburi. This model with Jivara Monk’s Robe attached and gold coating, can be considered to be an excellent acquisition that is almost impossible to find these days in its gammagarn special version. 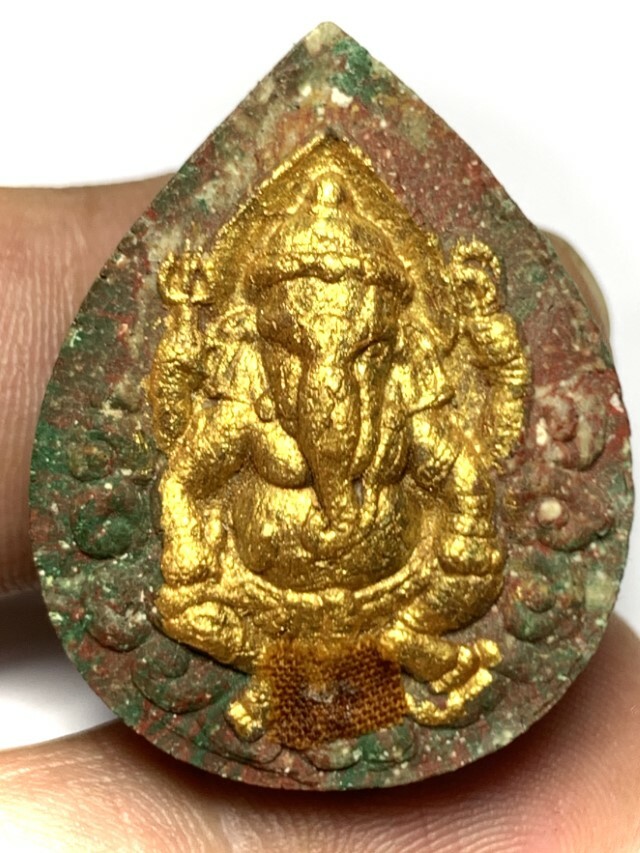 The Pra Pkanes was released with many other models of amulets, which were made for different goals, but passed through the same ceremonies. A very large Putta Pisek (Buddha Abhisekha) Blessing Ceremony was performed during the release at Wat Sap lam Yai in 2543 BE. Luang Phu Hmun himself was particularly fond of the Pikanes Yod Nam amulet, and was heard to have said that he found it to be very beautiful, and that it had very powerful Muan Sarn Powders within the Sacred Clay, and would ave power for a very long period of time, for lucky fortunes, success in one’s endeavors, prosperous business and professional advancement through removal of obstacles. 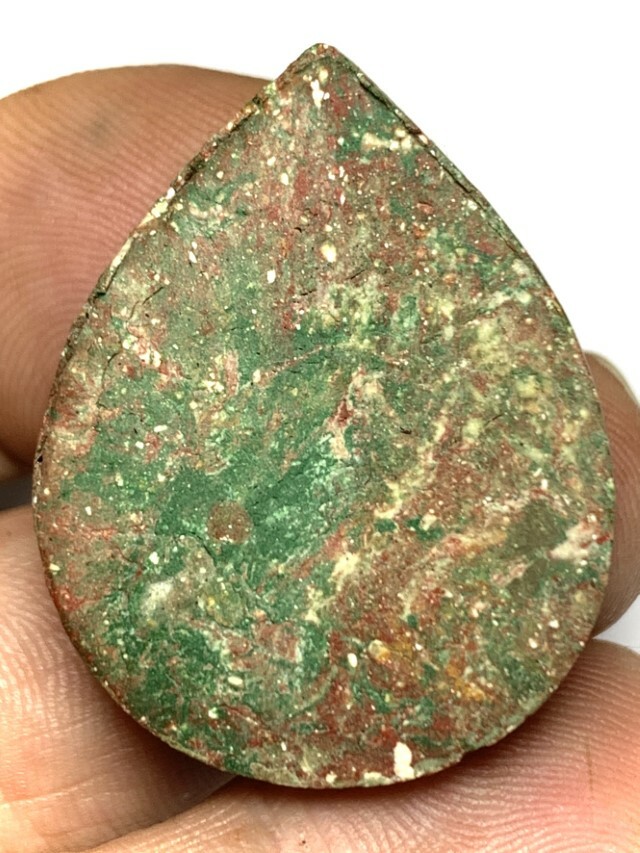 The amulets of this edition were made using Chanuan Metals and Muan Sarn Sacred Ingredients from a large number of over 350 Great Buddhist Master Monks which Luang Phu had collected over the decades, and which the first apprentice Looksit Aek of LP Hmun (Pra Ajatn Dtua) has kept safely stored during Luang Phu’s Tudong Travels, and mixed by Ajarn Dtua. The edition was released to assist Wat Sap Lam Yai construct a Sala Hall, and a large statue of Luang Phu Hmun was also made and installed in the temple in his honor, as a great sponsor, curator, and guardian of temples like Wat Sap lam Yai,

LP Hmun was also famous for helping Wat Pha Nong Lom, and many other temples he helped to build and restore using his great fame and powerful amulets to raise funds. Ganesha or, as we say in Thai ‘Pra Pikanes’ is the Deity for removal of obstacles and attainment of success. Pra Pikanes has many different forms, with different meanings. he may have four, six, eight, twelve or even fourteen arms in Idia, but is often depicted in Thailand with only two or four arms. 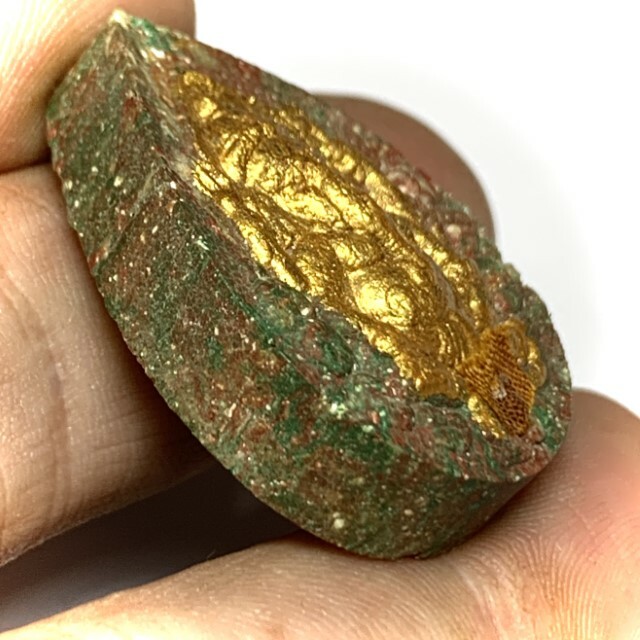 Pra Pikanes may carry any of a number of 57 different Cosmic weapons or regalia in his hands. Ganesha has many different Emanations and Postures, but the most Common Traditional Posture of Ganesha, is four armed with Whip Goad, Ritual Axe, an Om in the palm of raised hand, and Fruits as consumable offerings. The Posture and combination induces not only the removal of obstacles and success, but also wealth and plentiful treasures and possessions and well being. The hand wielding an axe, is a symbol of the retrenchment of all desires, bearers of pain and suffering. With this axe Ganesha can both strike and repel obstacles. The goad restrains all inner and outer enemies. Ganesha, in his 4 four armed form, symbolizes his status as the universal ruler and establish his power over the four categories of beings – those who can live only in water, those who can live in water and on earth, those who can live only on earth and those who can fly in air. 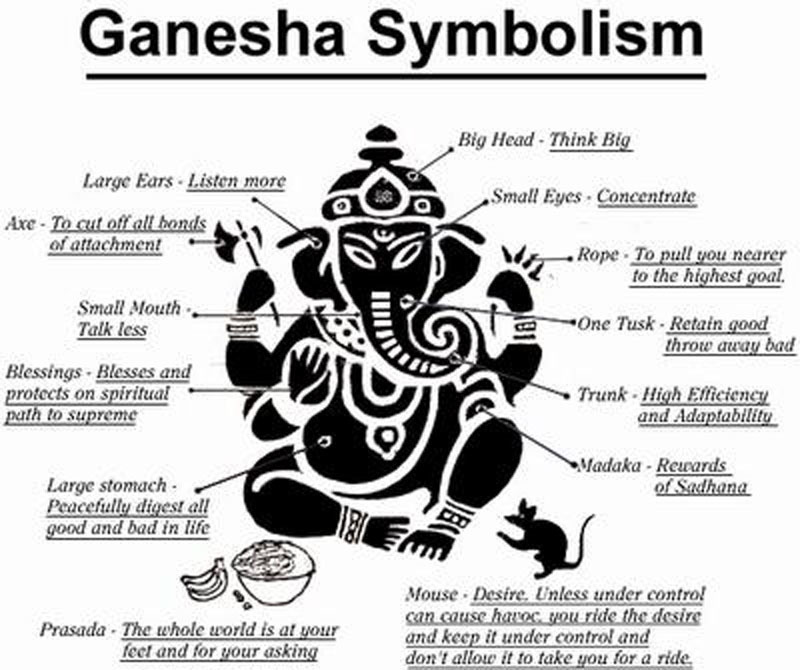 Significance of four : It was God Ganesha who instituted the four castes and the four Vedas. One hymn in Sri Bhagavat Tattva , says: ‘In heaven, this child will establish the predominance over gods, on earth over men, in the nether world over anti-gods and serpents’. He causes the four ruling forces of the elements to move, for which he has four arms. You can use the Chants to Ganesha (Pikanes) to empower the amulet, and to beseech blessings, to attract, and improve your profession, charm, wealth, status.

Pray to Ganesha to remove any obstacle that may be preventing you from succeeding in your goals, be they amorous, financial, professional or social goals. Ganesha helps you in all these areas of life. 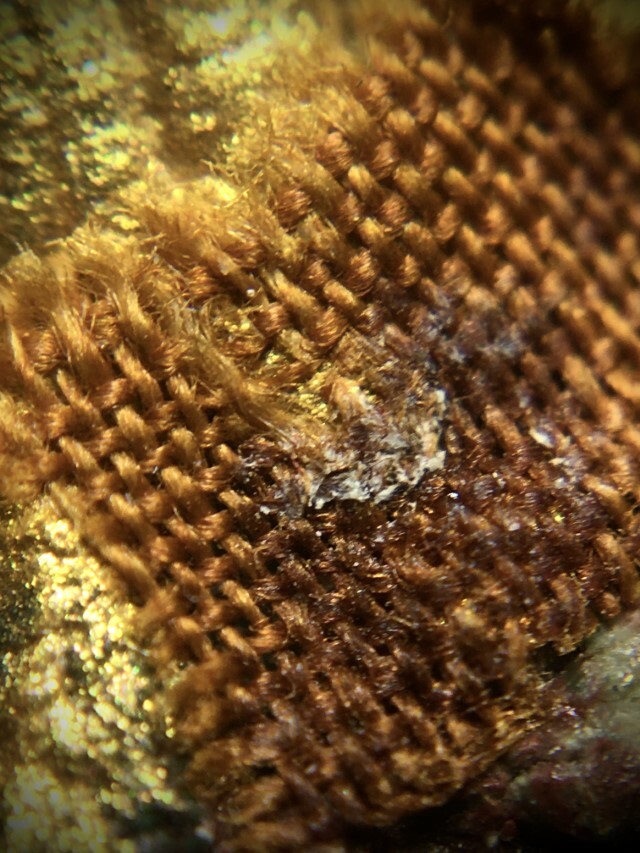 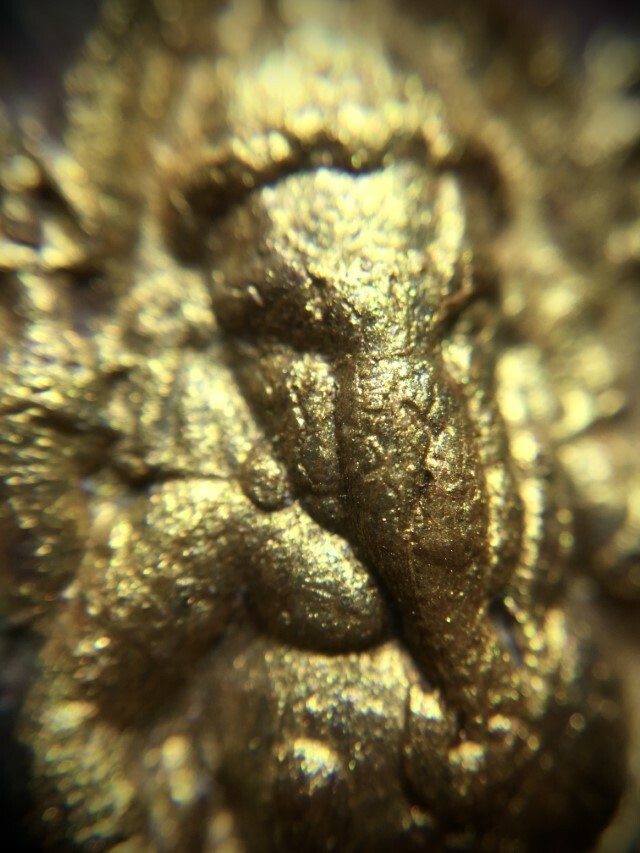 Amulets from Wat Sap lam Yai editions are far and few between to come by, and were (and are) never really advertised or marketed, so most people, apart from local devotees, and students of LP Hmun would ever get to hear about any releases, which have always been rare. Only specialized collectors and students of the amulets of LP Hmun know the full pantheons, despite the fact that LP Hmun Wat Sap Lam Yai amulets are very well known by the public as being amulets from LP Hmun of Wat Ban Jan (most people think all editions were made directly at Wat Ban Jan, and do not know of Wat Pha Nong Lom or Wat Sap Lam Yai). 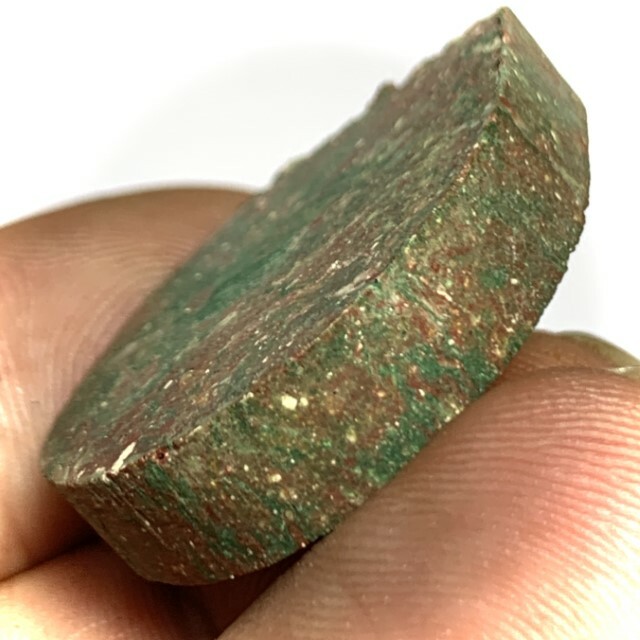 But the Pra Pikanes LP Hmun, regardless of whether the devotee knows which temple the final release and blessing was or not, has become a very preferred and favored amulets since its release, because of the success people had with it, and the rumors which spread by word of mouth from those who wore one and had successes. The amulets were Released in 2543 BE Traimas Ceremony celebrating 100 years Anniversary of Luang Phu Hmun, but, for correct and accurate documentation, were also passed through a preceding Buddha Abhiseka on the 5th of December 2542 BE, for the ‘Som Pratana’ edition amulet series, with a large number of Great Master Monks attended the Ceremony, including some Internationally Famous Names noted for their diligent Patipatā and Powerful Magic. Blessed in the Som Pratana Ceremony of 2542, and again during release in the Traimas Edition of 2543, BE. 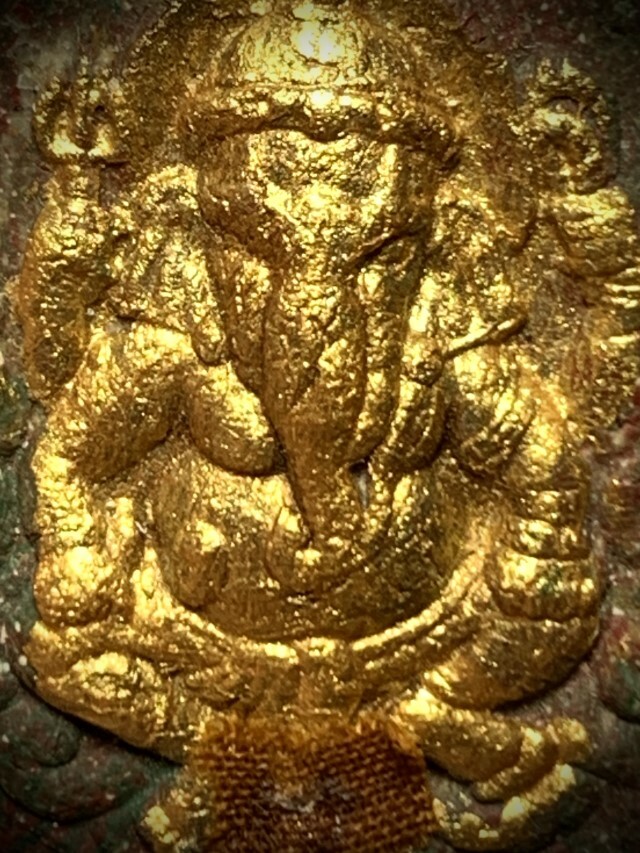 This amulet is a Niyom Class edition, for the presence of the 350 Monks who donated a plethora of Sacred Powder Muan Sarn ingredients, which were used in the 2542 Som Pratana Release.
Because of the twin Blessing Ceremonies, this amulet is sometimes classed as ‘Som pratana’ edition, and by other devotees as the ‘Traimas 43’ Edition. Either way, both terminologies are accurate, for the amulet was passed through both ceremonies. 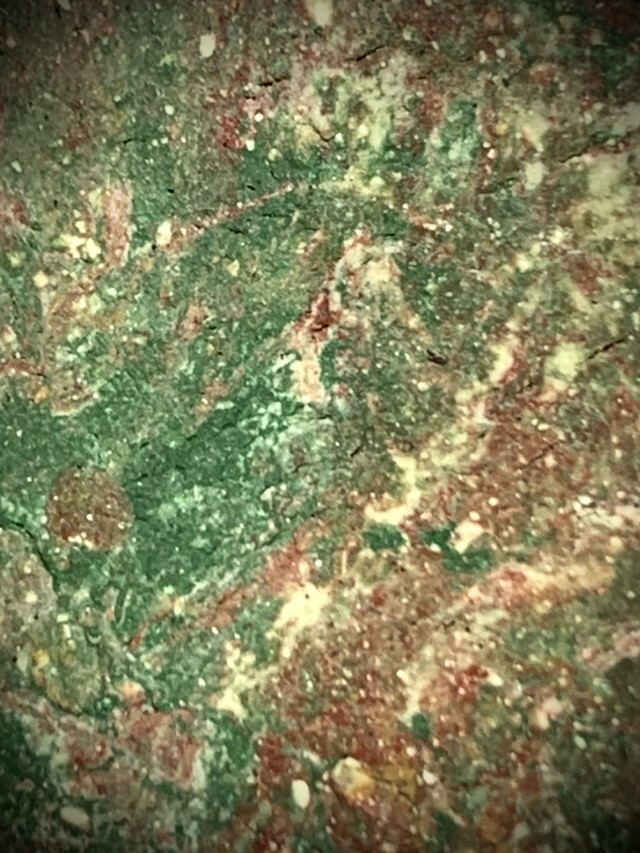 Luang Phu Hmun’s amulets are now very hard to come across. his amulets are becoming very rare, and prices have risen constantly since his passing, snapped up by the inner circle of devotees and collectors, who know about the attainments of this Monk, and that there are severe reasons to believe that he may have been an Arahant. His amulets are eminent members in the annals of the Classics. Made from the Muan Sarn Sacred Powders of over 350 Great Kanajarn Guru Masters, and Pong Chompoo Nuch which Pra Ajarn Dtua had gathered over decades, for the purpose of making powerful amulets. The edition was created by Pra Ajarn Samh Pās Mangkala Sangko (Ajarn Dtua), who tells that he needed many decades to collect the powders, which Luang Phu Hmun Gathered and brought back with him after ever Tudong Forest Wandering Journey. 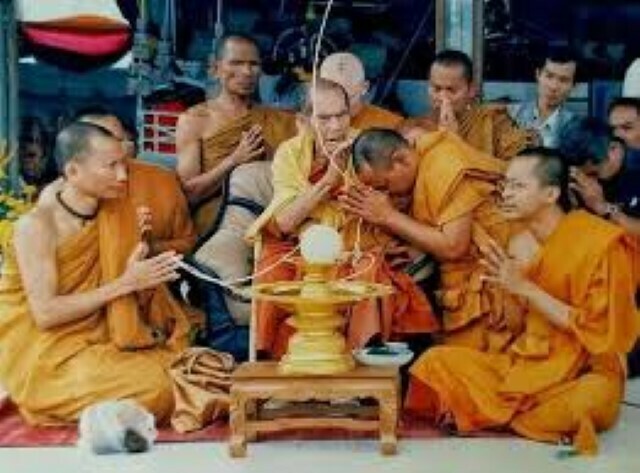 Luang Phu Hmun made his special empowerments of Metta Maha Niyom and Choke Lap Magic, over the powders given to him from Pra Ajarn Dtua (Primary Inheritance Apprentice to LP Hmun, and also to the Great Luang Por Guay, of Wat Kositaram). Both the Pong Wised powders from the 350 Gaeji Ajarn Master Monks, and Luang Phu’s Pong Chompoo Nuch were given to Luang Phu Hmun for primary empowerment before they were mixed and pressed into amulets. This Gammagarn version uses Sacred Clay from all colors of Muan Sarn which were used in different models.

Note; the remainder of muan sarn from these special powders used in this edition, continued to be empowered, even after the release of this edition. By the year 2544 BE, the special powders used in these amulets were in truth passed through a total of 5 ceremonies of empowerment from Luang Phu Hmun, making all following editions also extremely popular. 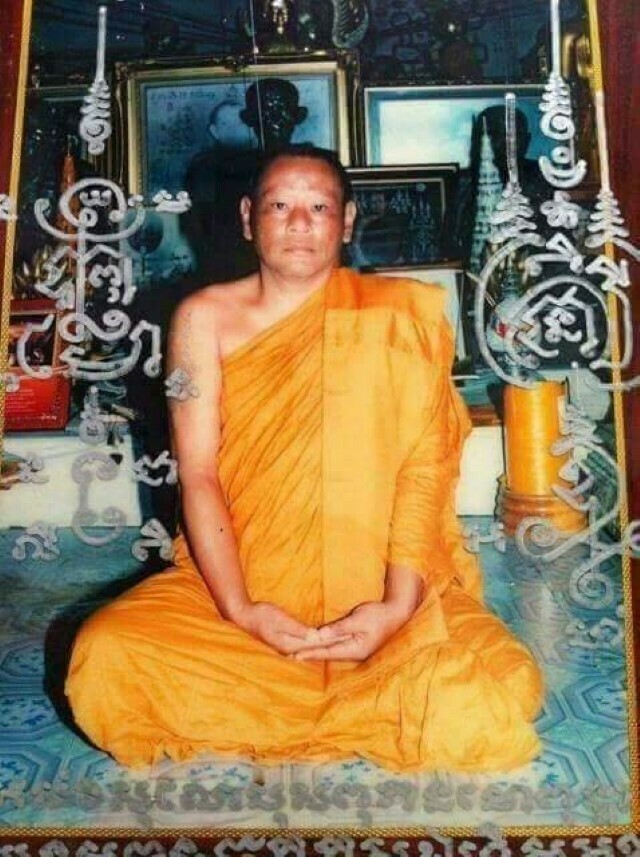 The 5 ceremonies were; 1. In 2552 BE the Muan Sarn was blessed during the ceremony of the Pra Kring Hiranyarach amulets. 2. 2553 BE repeatedly Blessed in the Som Pratana edition. 3. LP Hmun performed blessing of the powdders during his yearly Traimas Wai Kroo Ceremony at Wat Sap Lam Yai. 4. In 2544 once again, LP Hmun empowered his powders for further editions during the blessing ceremony for the Ha Phaen Din aha Som Pratana edition series amulets.. 5. 2545 BE LP Hmun performed his final empowerment during the Song Nam Ceremony to bathe the Buddha during Songkran at Wat Sap Lam Yai in Lopburi. 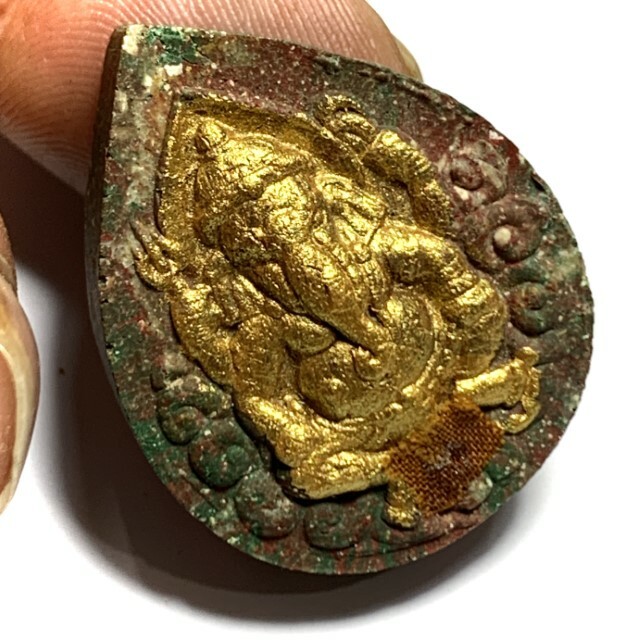 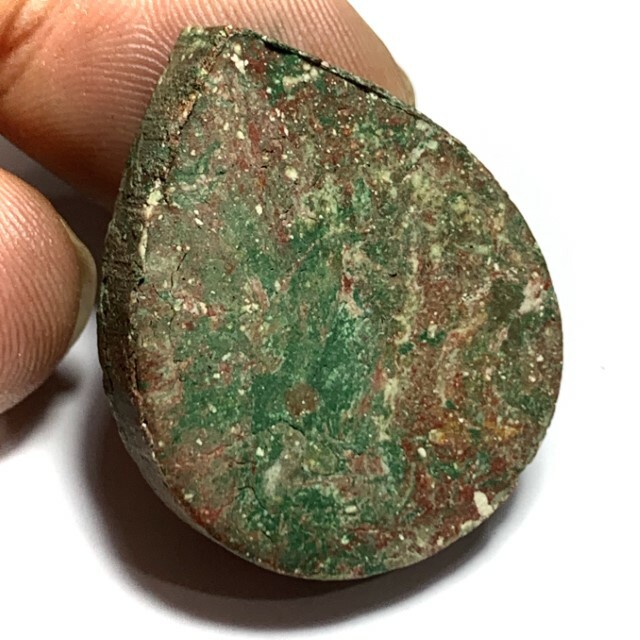 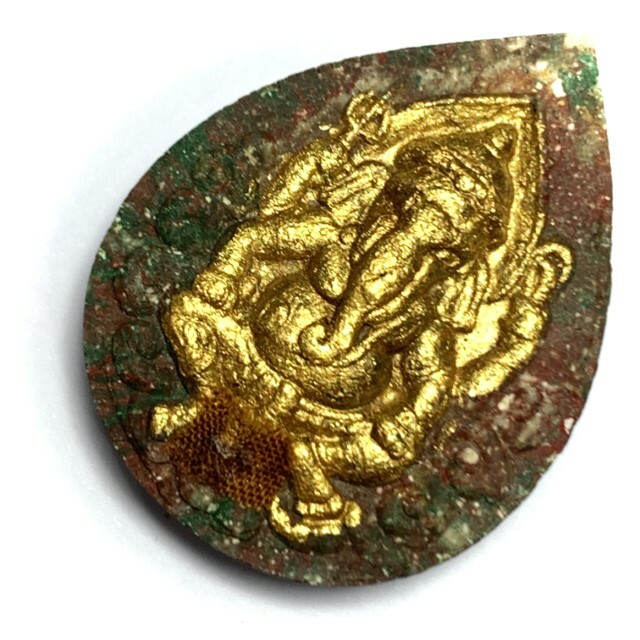 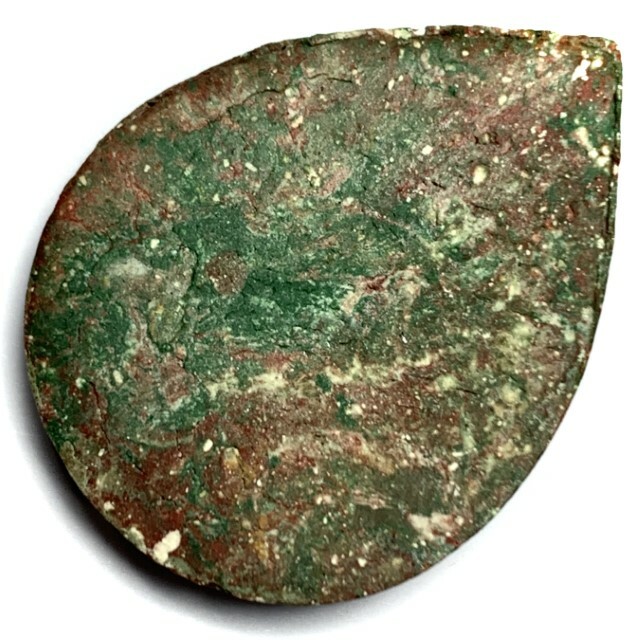 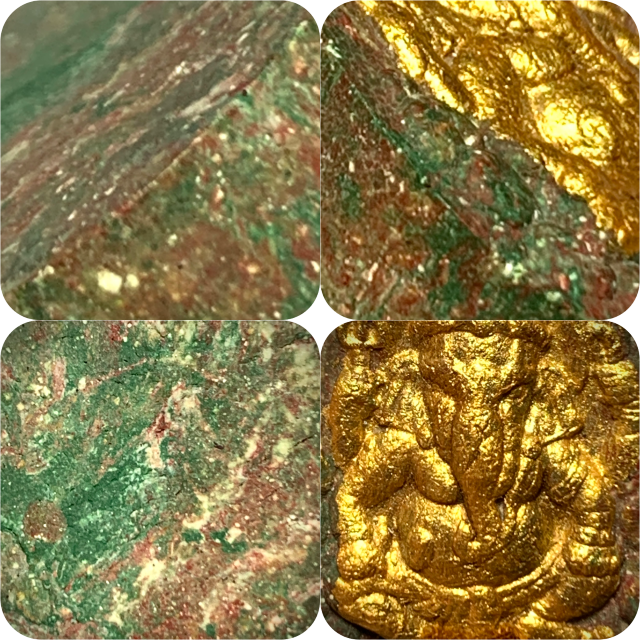 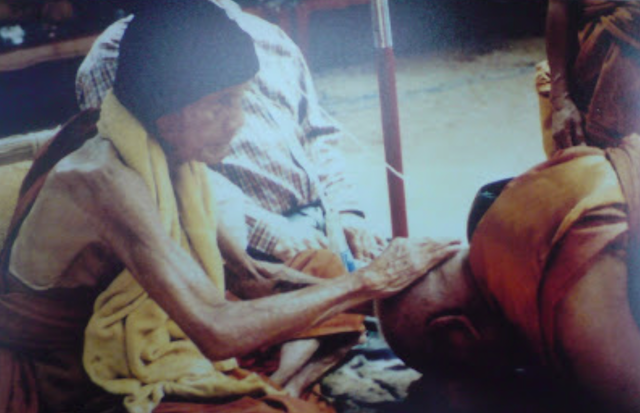 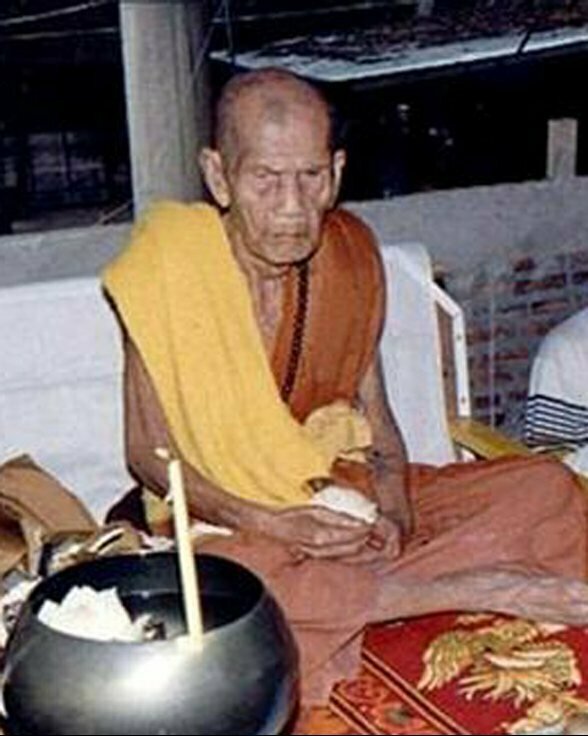 Luang Phu Hmun’s amulets are now very hard to come across. His amulets are becoming very rare, and prices have risen constantly since his passing, snapped up by the inner circle of devotees and collectors, who know about the attainments of this Monk, and that there are severe reasons to believe that he may have been an Arahant. His amulets are eminent members in the annals of the Classics. This Gammagarn version of the Pra Somdej Paya Hongs Tong, can be considered to be an excellent acquisition of the Pantheon of LP Hmun, that is almost impossible to find these days in its golden special version, with Jivara robe and Sacred Yantra.
You can hear further information including a lot of some of the sacred Powders of Major Importance used in the making of the 2542 BE edition in the below podcast by Ajarn Spencer Littlewood, which features a visual Narrative of the making of the Muan Sarn, in a talk about another preferred amulet of this series, the Pra Somdej Hwaek Man of LP Hmun. 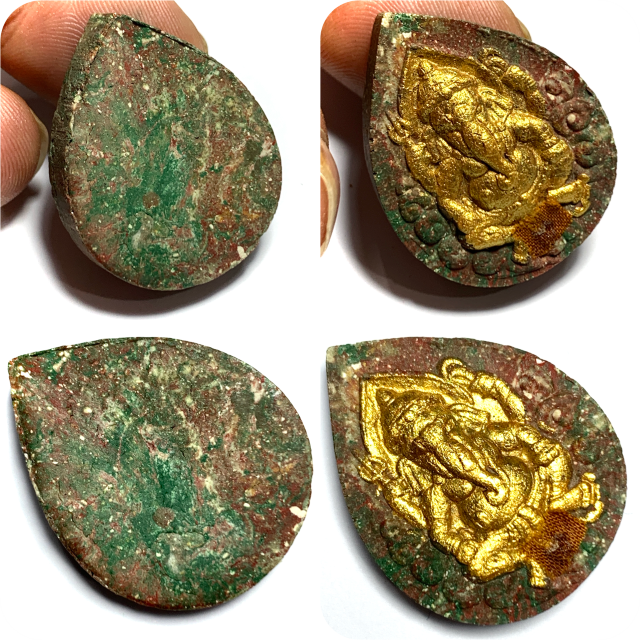