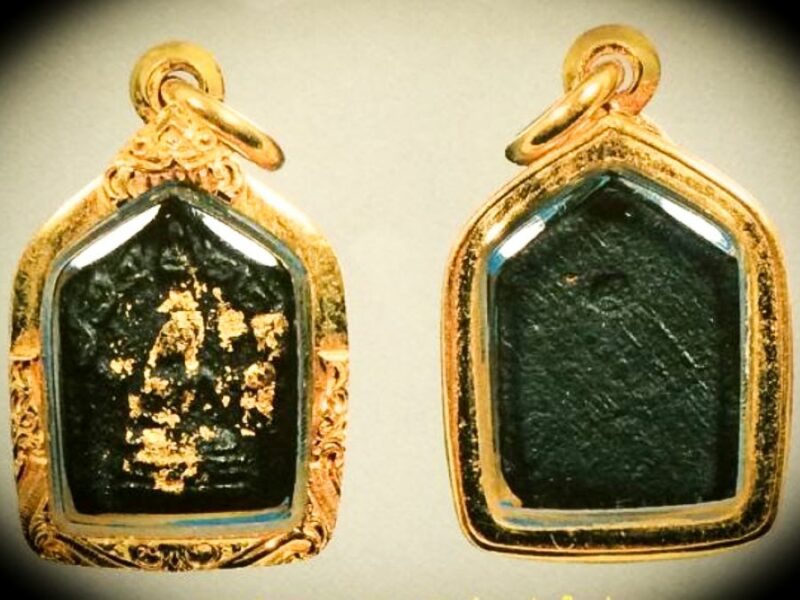 A Documentation of the Dtamra, behind the The Miraculous Pong Solos Maha Prohm Sacred Muan Sarn Powders of LP Tim Issarigo, of Wat Laharn Rai 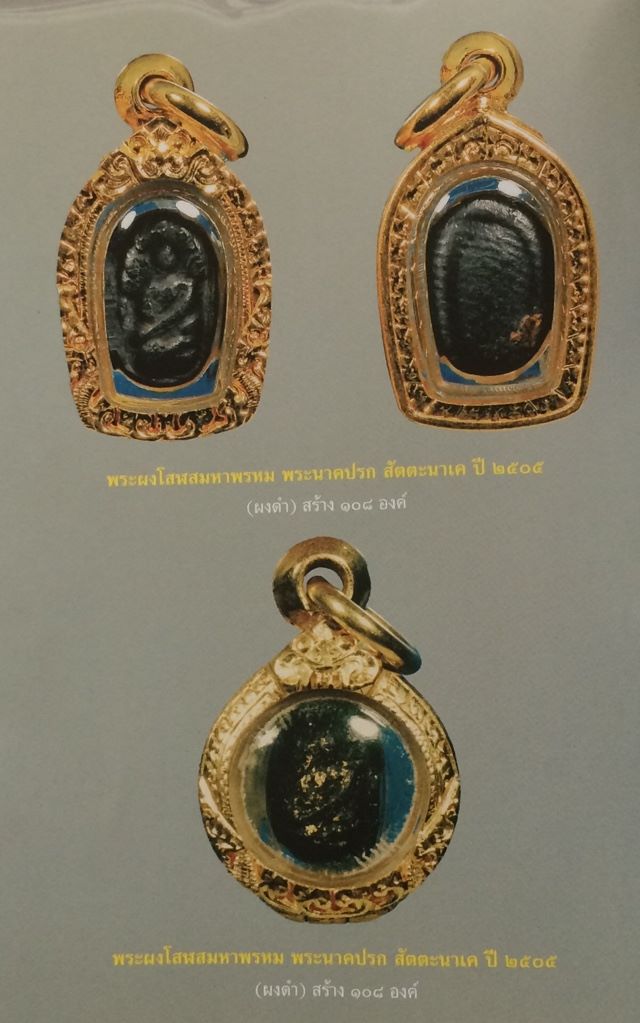 Amulets made from the legendary Nuea Pong Solos Maha Prohm Sacred Powders of Luang Phu Tim Issarigo, are renowned for their sacredness, with all models being extremely rare, and highly favored by high-end collectors of sacred amulets. The Muan Sarn Sacred Ingredients used for these immensely rare amulets, was gathered and donated to Luang Phu Tim, by Ajarn Pathom Aaj Sakorn, of the Baan Kaay Co-Operative. The powders were empowered by Luang Phu Tim, using the Wicha Solos Maha Prohm, which is an extremely complex and difficult Magical Wicha to accomplish and Master, resulting in only a few Masters over the ages having managed to successfully manifest this kind of Magical Empowerment. 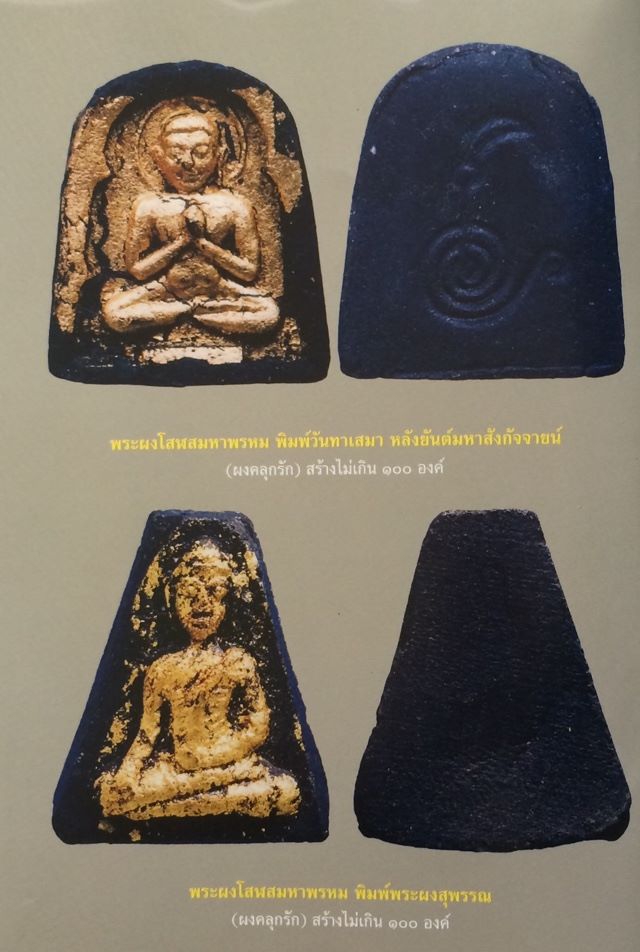 The Wicha Solos Maha Prohm is composed in part by the inscription of spells using Agkgara Tamma Khom-Lao (Khmer-Lao Magical Sanskrit), within a Sacred Geometrical Design, using the powders as ‘Pong Lob’, to inscribe hundreds of spells within the pile of powder, laid on a blackboard (written by erasure). The Wicha Maha Solos Maha Prohm, invokes the 16 Angelic Beings of the Heavenly Realms, the 15 Kinds of Earthbound Sacred Spirits, the 14 Deities of the Bodhala Underworlds, and the Deities of 21 Brahma Dimensions, where the Bhagava and Sudhavasa Brahmas dwell, to endow the amulets with Blessings. 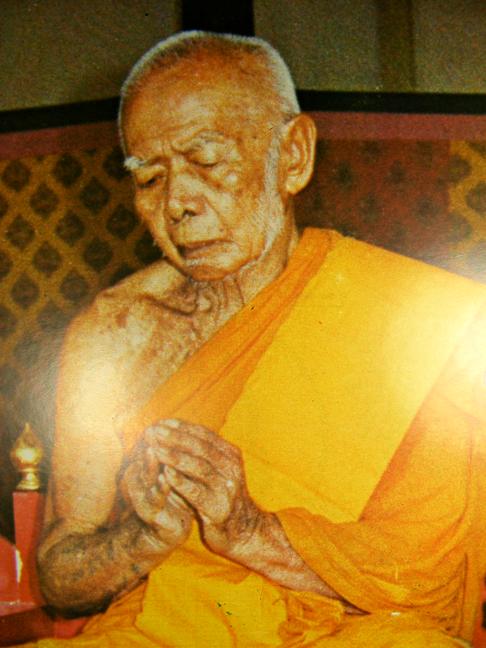 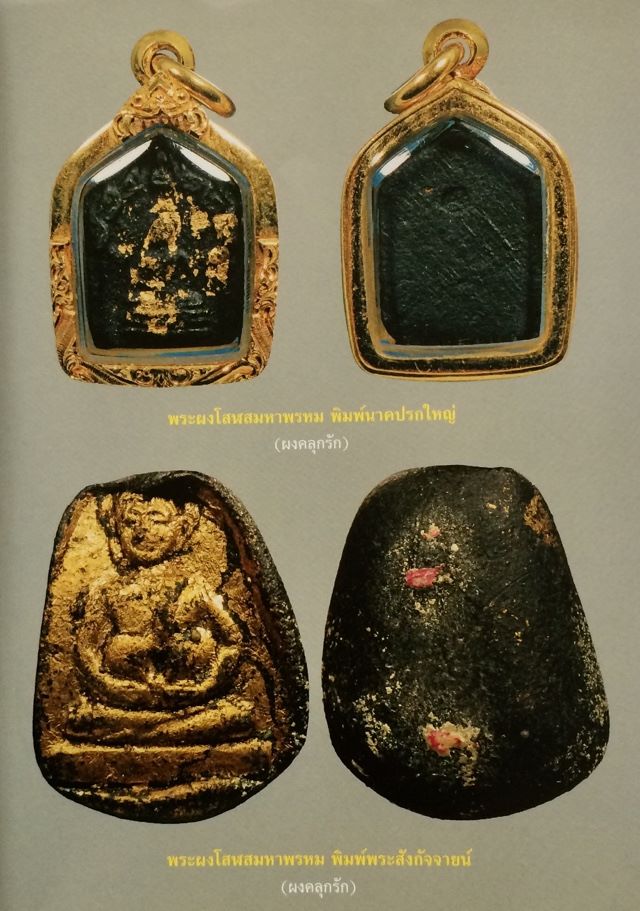 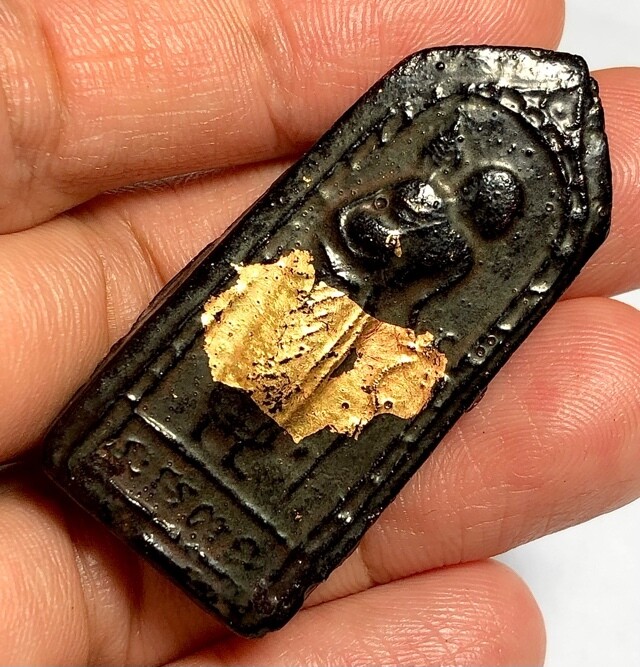 Additional ingredients included; Pong Bailan Sacred Grimoire Parchment Soot, from 108 Ancient Sorcery and Buddha-Magic Tomes in various Magical scripts such as Agkhara Khom, Mong, Pali, Sanskrit (Devanagari), and in Aksorn Tam Isan. The powders were made by burning the Grimoires in a fire, and performing recitations of the Dhamma in Buddhist Chanting. The soot is then collected and used as a sacred Powder. 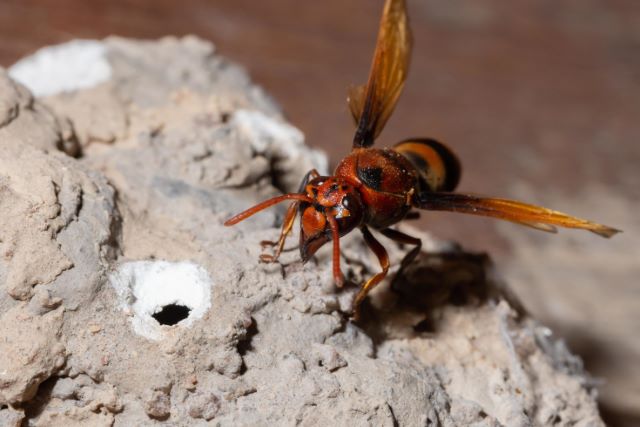 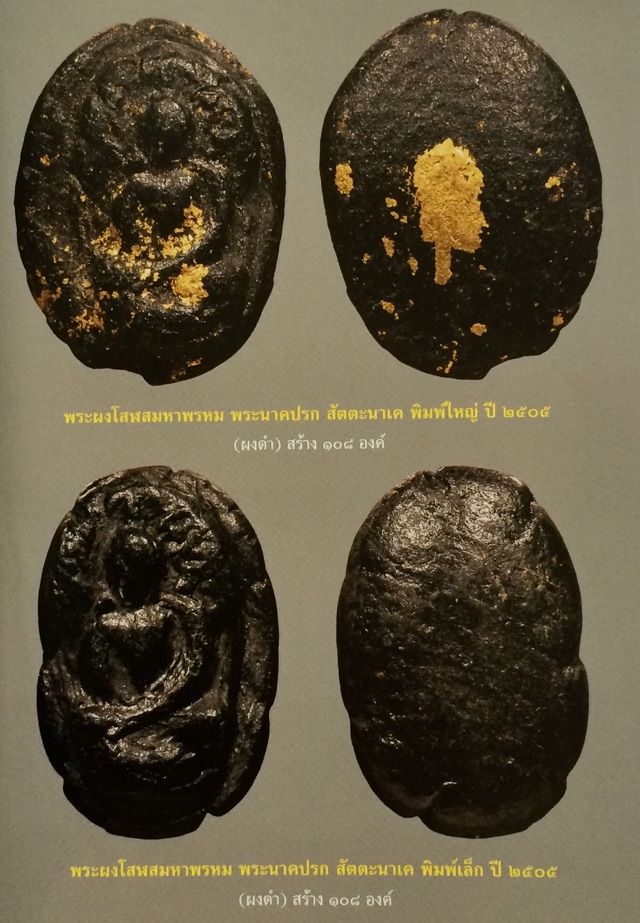 Luang Phu Tim Issarigo, of Wat Laharn Rai, was one of the Top Masters of the Twentieth Century, world famed for his powerful Sacred Powders, especially the Pra Khun Phaen Pong Prai Kumarn, Look Om Prai Kumarn, and other Pong Prai Kumarn Amulets, Takrut, Carved Images & Talismanic Charms. Recent times have seen the uncovering of more documentation about the grand pantheon of his amulets, till yet unheard of except by the older locals of Ban Kaay, and devotees of Luang Phu Tim. This has caused a grand resurgence of interest with devotees, curators, and high end Thai amulet collectors. Luang Phu Tim’s amulets are extremely favord and sought after for their Metta Maha Niyom, Maha Sanaeh, and Maha Lap Maha Pokasap Magical properties. 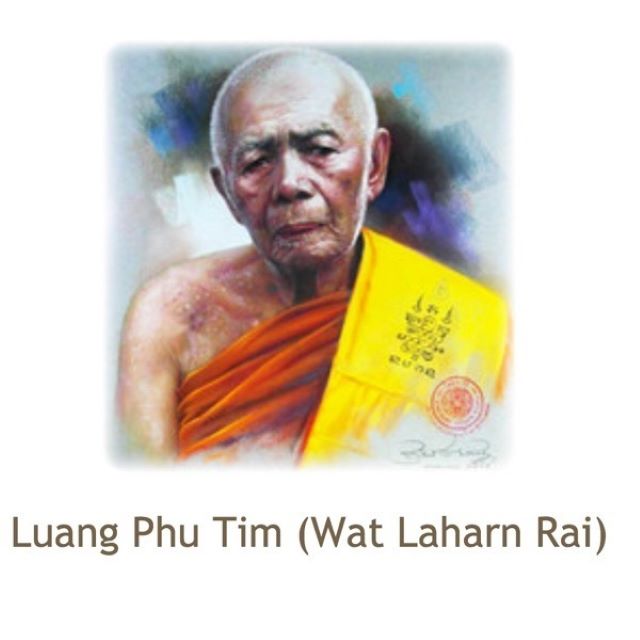 Pra Kroo Pawanapirat, or, commonly known as Luang Phor Tim Issarigo, was born on the 16th May in the year 2422 Buddhist Era, This was during the time of His Majesty King Rama 5. Luang Phor Tim was born in Ban Hua Tung Ta Budtr in Tambon Lahan, in Ban Kaay Municipality of the Province of Rayong.  LP Tim lived to the age of 96 years old, when he passed away on the 16th October in the year 2518 BE, with 69 years of ordained life behind him. 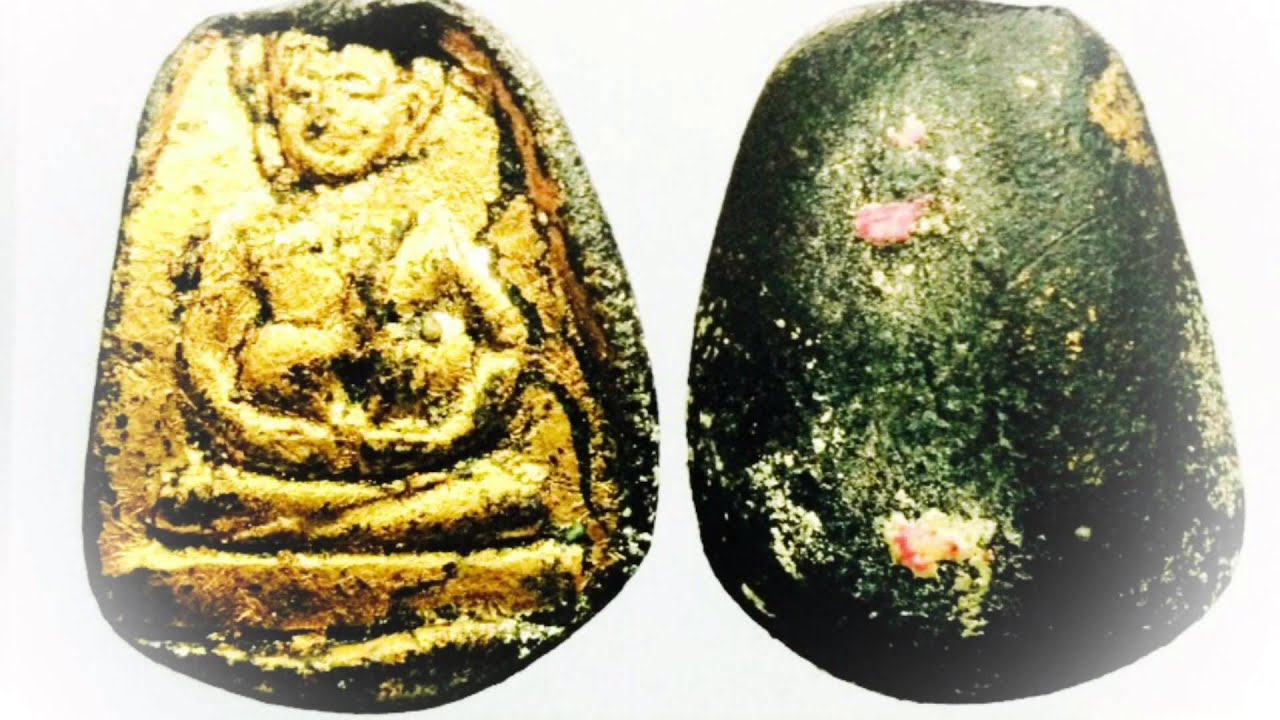