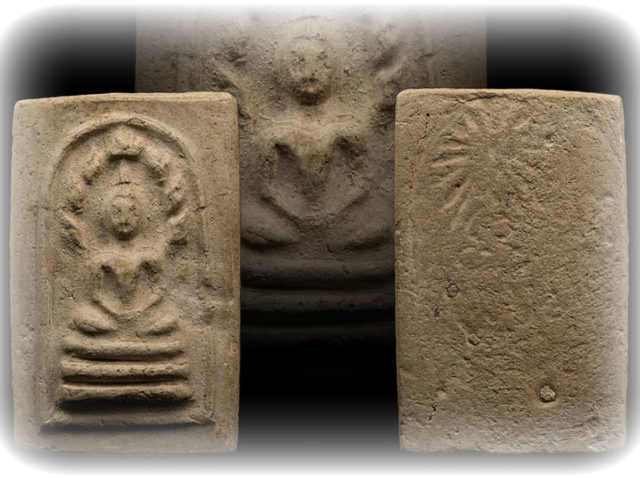 The Pra Somdej Mongkol Maha Lap amulet series of 2499 BE, was released at Wat Sarnath, in Rayong, to fund the creation and installment of the Pra Putto Pas Chinarat Jom Muni Buddha statue, which was made at Wat Sapmant Wongs, in Bangkok, and donated to be installed at Wat Sarnath, as the Pra Pratan main Central Buddha image within the Uposatha shrine room.

The amulets were made in various powders, white nuea solos, brown nuea wan, and red nuea wan sabu luead, as well as nuea bailan and other admixtures. Some received the inscription of the Yant Putto, or the Yant Dto Rasamee, of Mae Chee Bun Ruean, and others were left with ‘Hlang Riab’ ‘smooth faced’ rear sides. All versions contain the famous pong Maha Solos Maha Lap (Pong Guubose), which is legendary for its powers 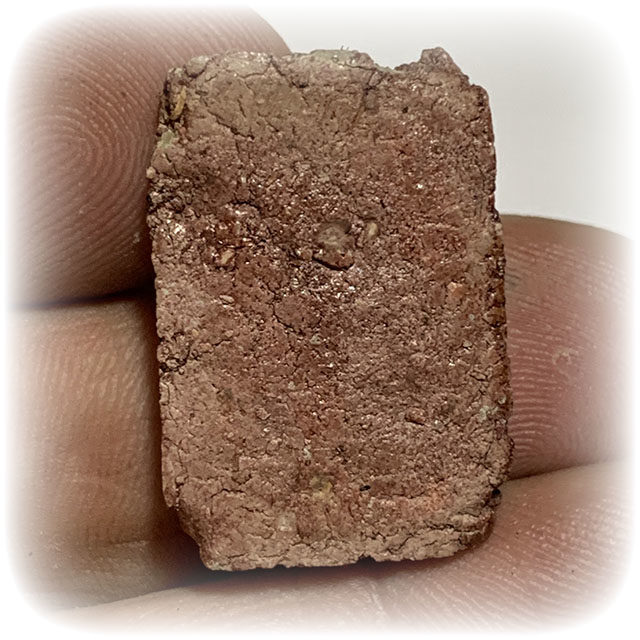 This amulet comes with the existing Stainless Steel Casing – The alternative of Free Waterproof Casing is also an Optional Offer with this Amulet, if you wish to encase with Waterproof Casing at no extra cost.

Free Registered Airmail Shipping Worldwide is offered included with this amulet, as is the case with all amulets in Ancient Amulet Store. 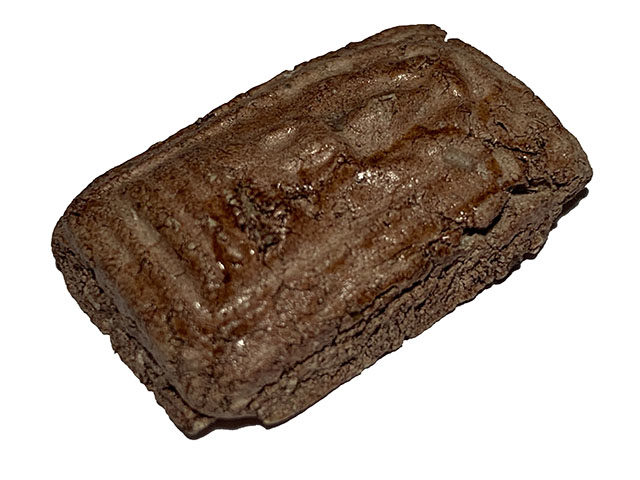 There was never a ceremony to invite the Devas so majestic as the ceremony performed by Mae Chee Bun Ruean, which included not only the ubiquitous incenses, puffed rice, flower garlands in 7 different colors, but also a total of 375 Kinds of Food Offerings! The Benja and 9 Saewadta Chadtras offered, 5 sork high (‘sork’being a Thai form of measurement, meaning ‘5 elbows’, slightly over 2 Feet per ‘sork’). Five Golden and Silver Bai Sri were place in offering, also 5 sork high in stature. 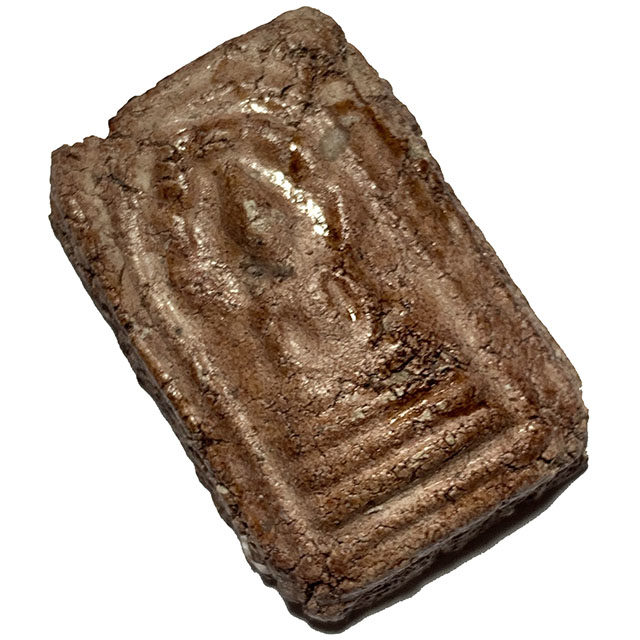 The chanting ceremonyn to bless the holy water with the assistance of the attendiing Devas, was then mixed with the sacred powders used for the muan sarn clays of the amulets. Many great and psychically attained monks were invited to empower and bless the sacred ingredients for the amulets, and the amulets themself after their pressing; 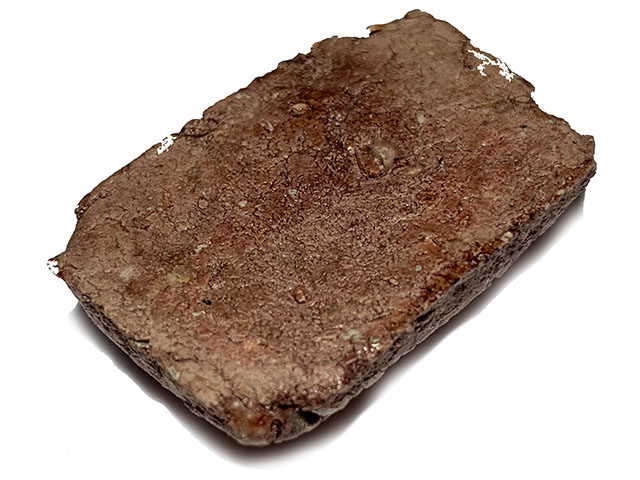 Then a second empowerment session was performed, with the amulets pressed and placed covered with 7 layers of 7 green and 7 white cloths covering them, placed upon an altar in the center of the shrine room.

Many people in the amulet world have been interested in knowing what was used in the making of the sacred powder admixtures, and so we find it impportant to document and list them in this article, for posterity and study;
1. Sacred Powders from a Host of Great Masters of that Era and Previous Eras, through the lineage of each Master who donated and empowered the powders.

4. Powdered up herbal ingredients with magical properties, ground up to make a brownish herbal powder.

5. Earths from 7 Prosperous Ports, and the banks of 7 Sacred Lakes. 6. Powders made from taking ancient Kampir Grimoires of Sorcery (Sacred in themself), of both the Bailan Beige Parchmnent variety, and the Samut Khoi black Parchment variety of Grimoire, and burn them and grind into powders, with 5 repetitions of admixture, adding powders from previous editions of amulets.

7. Earths from important places where the Buddha performed great Sermon, or Important Events in his Life occurred, and which are to this day, all sacred places and shrines to the Buddha. 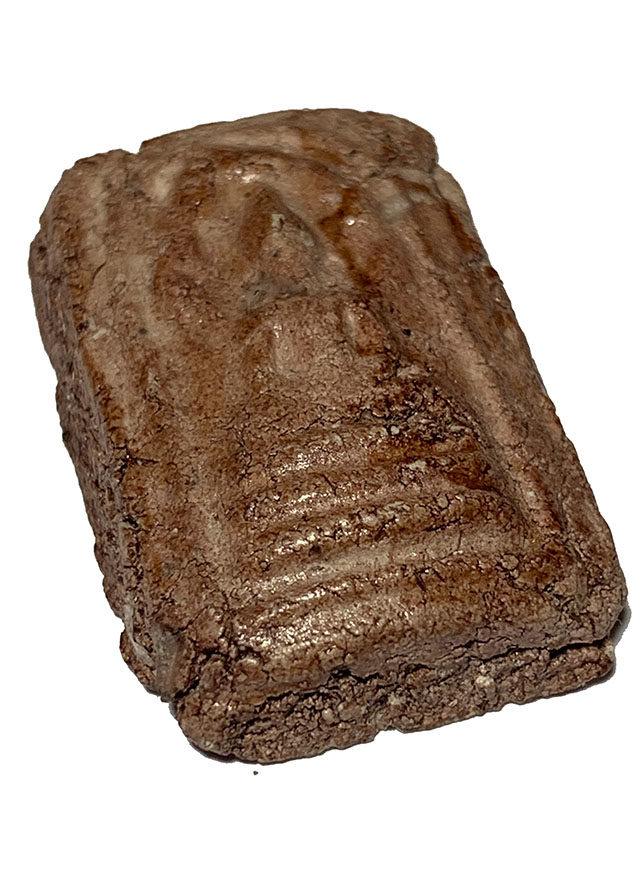 The amulets are made from a Muan Sarn Sacred Powders composed of a large variety of sacred clay earths, herbal pollens and powders, and Puttakun powder. Herbs and Sacred ingredients with all sorts of different blessings and powers were added to give a complete range of blessings. 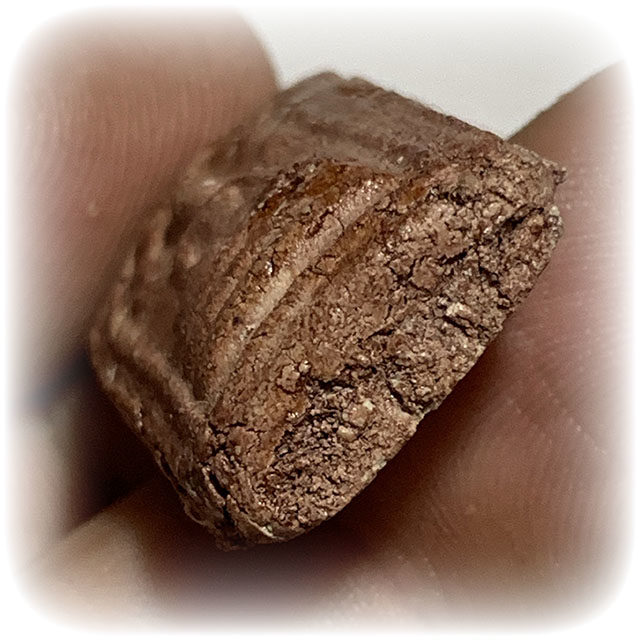 All these Muan Sarn ingredients were ground into fine powders, and separated into different admixtures, and mixed with holy water from the first Buddha Abhiseka and Deva Abhiseka Blessing Ceremony. The amulets were pressed as the Pra Somdej Pra Putta Mongkol Maha Lap (Buddha Manghala), Pra Nakprok, Pra Putto, and other forms such as various kinds of Pra Somdej, Nang Kwak, and other amulets.

Above and beyond this, the amulet is a Sacred Artifact of Buddhanussati, an authentic Sacred Buddha Image Votive Tablet, blessed and made in 2499 by Kun Mae Chee Bun Ruean, in two ceremonies held at Wat Sampantwongs and Wat Sarnath, both Mae Chee Bun Ruean Lineage Temples. 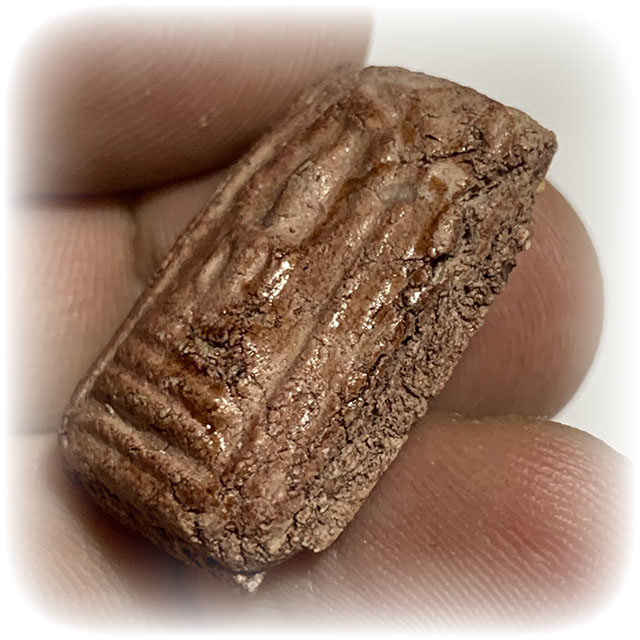 The amulets were handed out to devotees during a later ceremony who came to donate and support the installation of the Putta Sima temple boundary of Wat Sarnath, and many of the amulets were of course held for burial within shrine rooms and Chedi Stupas of choice, for later distribution, or accidental rediscovery long into the future.

This is a common practice with amulets, where they are placed in a hiding place chamber (Kru), or buried under the ground or under the floor of sacred places, as a way of preserving the fact that there was once a Buddha who walked upon this earth. Hiding Place amulets are also stored in Kru Chambers as a repository to use for fundraising by removing a number and distributing them to devotees who donate to the temple (Note; The placement and removal of amulets from Kru for providing a method of creating fundraisers only became a practice during the last century, after Buddhist amulets became a source of fundraising). 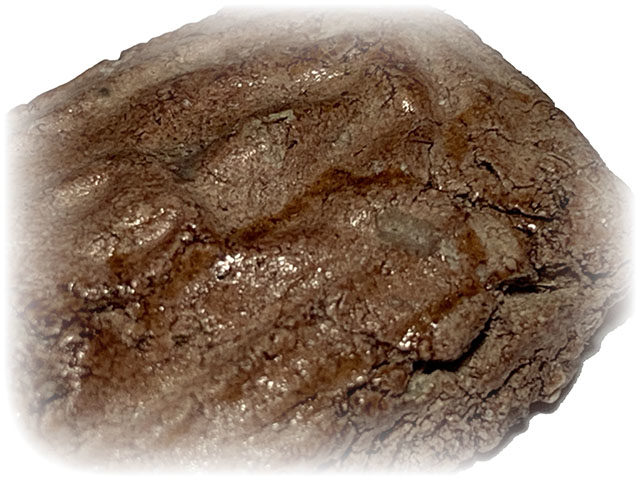 According to the written documentation of Luang Phu Tet Nitesago, the Pong Solos powders made by Mae Chee Bun Ruean to make the amulets, were made using the Wicha Prohmasat (Brahma Sastra), which invokes High Brahmas and Ariya Sangha (Enlughtened Beings), of the Sutawas celestial level, to empower the powders. They were made to distribute to devotees, and fund the installation of the Pra Putto Chinarach Jom Muni Buddha statue of Wat Sarnath. 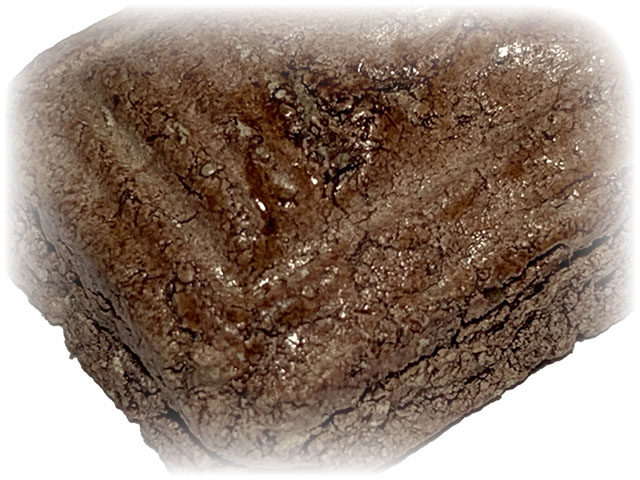 The amulets have become very famed for their miraculous powers, due to many stories of miraculous events connected with devotees and the amulets. Mae Chee Bun Ruean invoked the spiritual Connections of the angelic beings of the Buddhist, Christian and Islamic Faiths to imbue their blessings, to protect people of all religions, who keep the precepts of goodness and abstention from evil acts. The real name of the powders is ‘Pong Maha Prohm Ariya Bodhisattva Phuu Bpen Jao’ (Powders of the Enlightened Brahmas who are Lords of their Existence’).

This was because of Ajarn Seng, who taught and revealed that all three religions, speak of the same one Super-consciousness or ‘God’ (Buddha-hood for Buddhists), but which different cultures over time split and adapted into their own social structures, and changed them according to their needs, but that all three are derived from the same fact that enlightened beings gave teachings to unenlightened humans, and were worshiped for it as messiahs, prophets, or gods, and became founders of these religions.

The great Luang Por Lee is said to have found the 2499 BE Somdej Mongkol Maha Lap so powerful that he basked for some of the broken ones to be given to him to mix into the sacred clay of his famous sacred Pra Bai Po Jak amulets of the 2500 BE 25 Centuries of Buddhism Mega Nationwide Amulet Ceremony.

According to the Pra Tamma Khant, all Somdej amulets must be made in numbers of 84,000, but it is rumored that the Pra Putta Mongkol maha lap amulets were made in much less numbers, which is an unconfirmed rumor, and would be dubious considering Mae Chee Bun Ruean’s tendency to be a stickler for proper ritual and adhere to the dtamrta of the Wicha.

The Pra Putta Mongkol Maha Lap amulet is often used as a substitute for the Pra Pong Solos of Luang Phu Tim (much more difficult to find and much more expensive). Luang Phu Tim himself was also invited to perform Nang Prok meditative empowerment on thje amulets, as he was 70 years old. Considered one of the best amulets of the 2500 BE Era of Thai Buddhist Amulets. 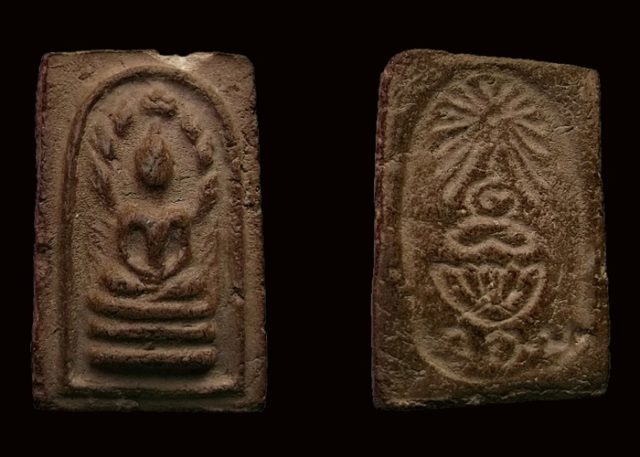 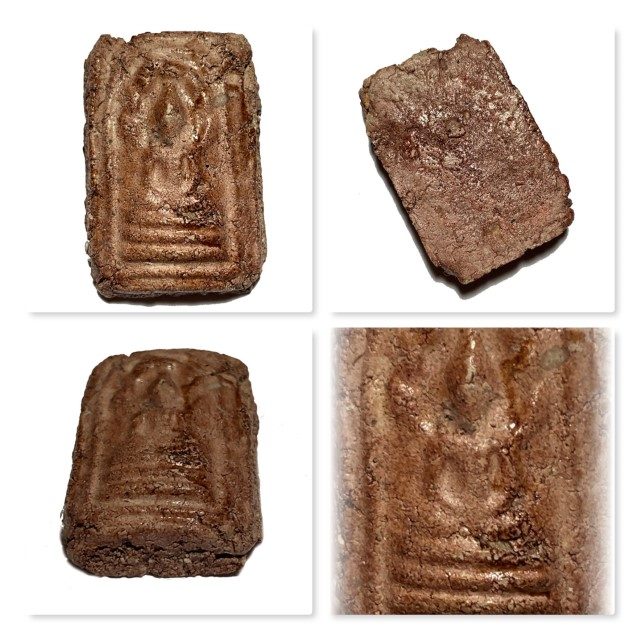 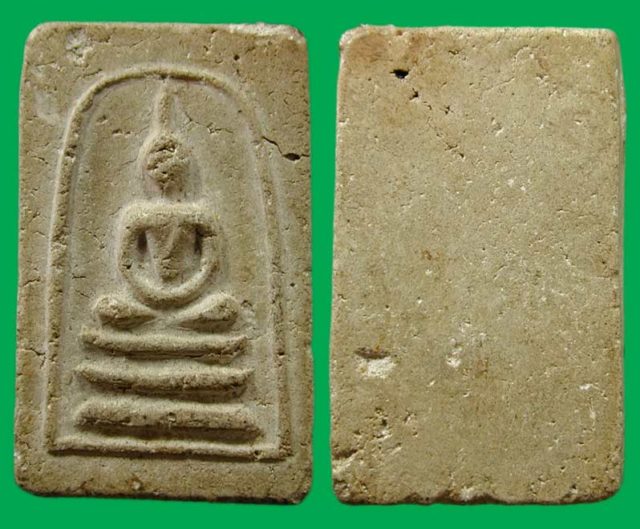