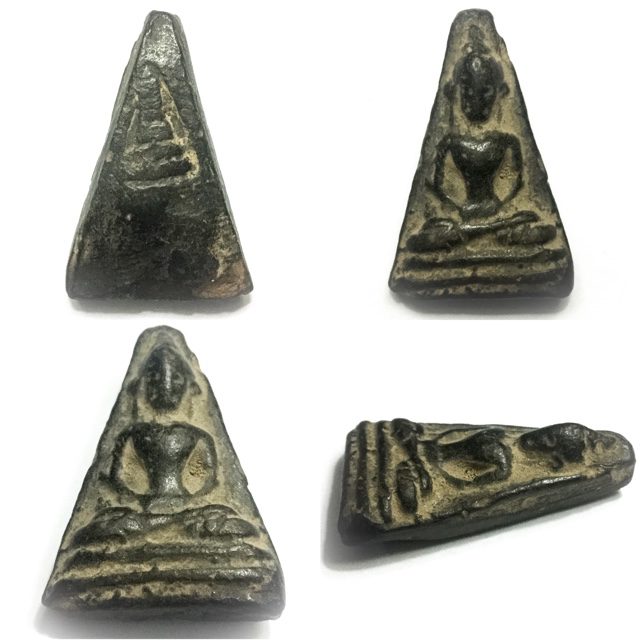 The ‘Pra U-Tong Awk Seuk’ amulet, was made and first blessed in the year 1510 BE in a large Buddha Abhiseka Blessing ceremony at Wat Pra Sri Radtana Maha Tat temple, in Supanburi. One can see that the amulet is indeed the same features as the classic Pra Kru Pong Supan, ancient Pra-Kru hiding place amulet of Supanburi Province, whose original archeological find of U-Tong Era amulets was of course also at Wat Pra Sri Radtana Maha Tat. This is of course intentional, but in the case of this edition, was given the special name of Pra U-Tong Awk Seuk’ 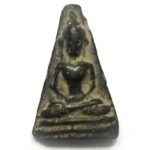 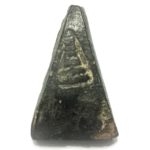 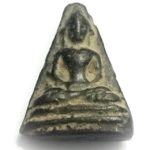 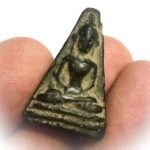 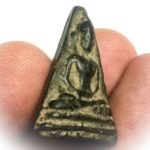 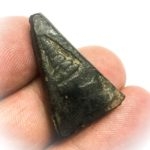 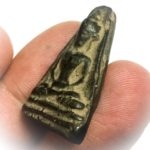 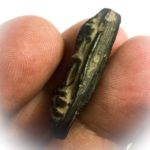 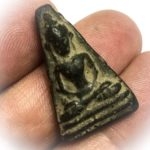 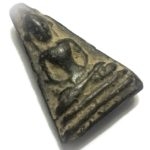 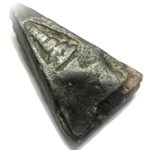 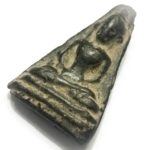 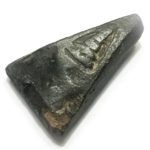 The amulet is known as the ‘Jong Ang Seuk’ edition, because a large number of them (25,700 amulets) were sent to distribute to the soldiers who had travelled to fight in the Vietnam War, to protect them in battle. The remainder of the amulets which were not sent to the warriors on the front lines, were not distributed at first, and were passed through a further 2 Buddha Abhiseka blessing ceremonies. The first of those further two ceremonies was held between the 2nd and 10th March 2511 Be, and the second extra blessing ceremony was held on the 13th April 2511 BE. Thereafter, most of the remaining amulets were distributed to civil servants and those in governmental offices, and the last remaining amulets were then kept stored away in the Kru Hiding Chamber in the year 2512 BE

The Pra U-Tong Awk Seuk is a classic and historically famous edition of Wat Pra Sri Radtana Mahatat, in Supannburi, that is modelled in similarity to the Pra Pong Supan’Pim Hnaa Gae’ Benjapakee amulet of Supreme Fame and Reverence. Although this edition is commonly known to have the Pim Hnaa Gae Nang Samadhi Khat Paetch Meditating Buddha Image (both hands clasped together facing upwards on the lap), there were actually also some models made, which have a Buddha Image seated in the Mara Vichai (Conquering Mara) Posture, with one hand reaching down to touch the earth.

The Muan Sarn and features of the amulet are rich in Nuances, and provide and excellent exhibit for viewing as study material for the Pra Pong Supan Pim Hnaa Gae type amulet, and its features.

Klaew Klaad Maha Amnaj, Serm Yos, Kong Grapan Chadtri, Maha Ud Power for those in lines of duty where the ability to instil confidence and trust, convince others of your will, and survive great dangers, increase status and chances of promotion. Such are the powers of the Pra U-Tong Awk Seuk Jong Ang Seuk Pong Supan amulet, and all Pra Pong Supan of the Benjapakee Class family of amulets.